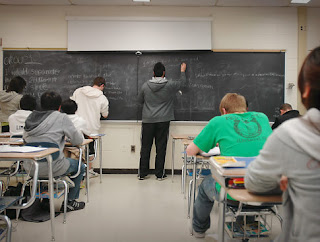 (Galasso/North Jersey Media Group - FILE PHOTO)
The city's plan to lay off nearly 800 nonteaching public school employees this fall will hit the poorest districts the hardest - and spare the more affluent ones.
The disparate nature of the cuts - the biggest layoffs at any agency in the Bloomberg era - became apparent yesterday, when officials gave Local 372, which represents nonprofessional school employees, a detailed hit list.
Under the plan, District 5 in Harlem and District 6 in Washington Heights will lose almost 8% of their school aides, parent coordinators and community workers - 77 out of a total of 998.
Read more »
Posted by Brownsville Partnership Community Organizers at Wednesday, August 31, 2011 No comments:

Check out this video filmed by Todd Maisel and produced by Rebecca Davis of the New York Daily News showing the damage that Hurricane Irene caused in Brooklyn!

As Community Planning Partners, the Vision Plan an idea that we have to implement to the Brownsville community. Karrie Scarboro, Jackie Kennedy and Randy Millard along with Nupur Chaudhury have been  Kaffeeklatsches and other programs/activities just keep Brownsville aware of what can/could/should be done in the community.

We would like for you to watch this mini-film by Jeffrey Wisotsky. The mini-film is called "Brownsville Transfer". Sit back and watch how the residents of Brownsville Houses create and devise their own Vision Plan.

Pack and plan ahead for Hurricane Irene; Go Bags, emergency kits and plans to keep your family safe by Karen Duffy

PEOPLE...HURRICANE IRENE IS COMING!!! LET'S BE PREPARED!!!
Karen Duffy of the New York Daily News has devised a plan for us to go by so we can survive Hurricane Irene. Read it and pass it along!!! 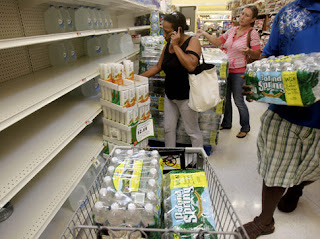 Plan ahead and you'll be ready for Hurricane Irene -- or any storm that comes your way.
(Courtesy of Seth Wenig/AP)
I'm a proud daughter of the Empire State and daughter of a cop. My appreciation for our NYC emergency services is so great, it inspired me to take the Office of Emergency Management Community Emergency Response Team training.

I have been a CERT Team member with Community Board 2 for four years.  I even hosted the Ready New York video on emergency preparedness.

The Office of Emergency Management breaks it down into three simple steps: Create a kit, make a plan and be informed.

Here's everything you need to keep safe during Hurricane Irene or any disaster. 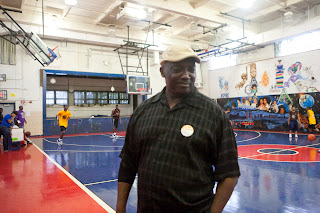 Let's give Jesse Newmann a round of applause!!! Jesse Newman is a Reporter for The Brooklyn Ink. Her mission is to cover Brownsville. Jesse is doing a great job! Check out the photos she took for Brownsville Oldtimers Week. Keep up the good work Jesse!!! 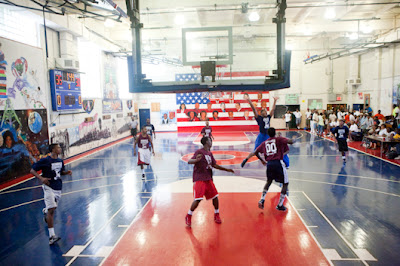 Here is another post by our Summer Youth Intern Morgan Smith. Morgan attended the annual National Night Out event in Brownsville which was held at Dr. Richard Green Playground on Mother Gaston Blvd and Sutter Ave.

"On Tuesday, August 2nd, it was National Night Out at P.S./ I.S. 284 Park. It was really fun. The event had the Cotton Candy Machines, Ice Cream, Hamburgers, Hot Dogs and etc. There was a lot of people from Brownsville in attendance as well as people from outside of the neighborhood. Some kids played basketball. "

"It looked as if everyone had fun. The event staffers gave away bags with school supplies and other gifts. They also had face painting. My little sister went. When we got home, I asked her if she had fun? She responded with "it was one of the best things they have ever done in Brownsville."- Morgan