Read this article about Kevin Davis who was featured in a book title "Zebratown" written by Greg Donaldson who also wrote "The Ville". The article is written by Jake Pearson of NY Daily News.
Check it out!!! 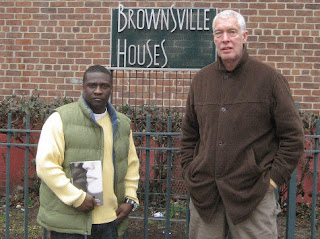 Author Greg Donaldson inadvertently sent a then-wanted Kevin Davis to prison after a photo of the young criminal appeared on the cover of his highly successful 1994 book, "The Ville."


Since then, the former thug from Brownsville and the John Jay College professor have formed an unlikely, decade-long friendship.

The result is "Zebratown," Donaldson's newest book, which chronicles Davis' struggle to stay clear of street life after nearly 10 years in prison.

"Now I look at Greg like family," said Davis, 42, who spent almost a decade in prison for gun, drug and assault convictions. "One thing about this book is it's all real - you just watch a person's life unfold."

For Donaldson, the book was as much about Davis' life as it was for the thousands of Brooklyn men who have crossed paths with the criminal justice system.


"In Brownsville, everyone does a lot of acting - who can be the most tough, who will back down," Donaldson said. "I wanted to take the toughest guy of the tough in Brownsville and see if he ... could adapt to a world outside prison."

Donaldson followed the former boxer, who grew up in the Brownsville Houses, to upstate Elmira, where Davis tried to avoid brushes with the law and settled in with a white woman in an interracial neighborhood dubbed Zebratown by the locals.

"Sometimes I'd say, 'Greg, don't put this in the book, or don't put that in there,'" said Davis, who now works as a welder in a metal factory. "But we had a relationship. ... I knew he'd remember everything."

In the book, Davis' transition isn't always smooth. He's approached by hoodlums to be part of a drug crew, he gets attacked in a barroom brawl and he sees close friends go back to jail.

But Davis was determined to stay clear of a return to jail - which would have meant a life sentence since he'd already had two felony arrests.

Donaldson followed Davis around for six years, and then took another two to research and write the 270-page book, which was published last summer.

"Sometimes it was uncomfortable," said Donaldson, who observed family arguments and even accompanied Davis and his pregnant girlfriend, Karen Tanski, to the doctor's office.

"Zebratown" is nothing like Donaldson's first hit, "The Ville," which followed the lives of a student from Thomas Jefferson High School and a housing cop who were able to survive the streets.

"It's not an underdog story; it's a mix of good and not so good things - like all of us," said Donaldson. "It's complicated." 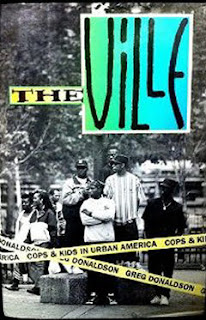