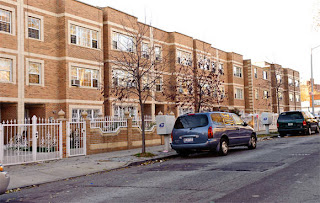 Walk around gritty Brownsville, in northeastern Brooklyn, and you see new apartment buildings and other multifamily homes mixed in with older row houses, including some that are nearly 100 years old. The New York City Department of Housing Preservation & Development (HPD) helped cause this mini-building boom. Since 2003, HPD, working with developers, has financed the construction or rehabilitation of 3,871 units of affordable housing.

Under Mayor Bloomberg’s New Housing Marketplace Plan, more than 110,000 affordable housing units, financed by HPD, have pumped new life into city neighborhoods, including more than 27,000 in Brooklyn.
“You could call us an urban renewal agency,” says Jack Hammer, director of Brooklyn planning for the HPD.

One of the HPD’s newest projects, the $15.2 million River Rock development on Riverdale Ave. in Brownsville, features 54 rental apartments for low-income families, with 11 apartments for formerly homeless people. On the ground floor, 12,000 square feet have been set aside for retail with space for a local agency that provides social services to residents. On the second floor, there’s a laundry, a community room and terrace. There’s also underground parking. 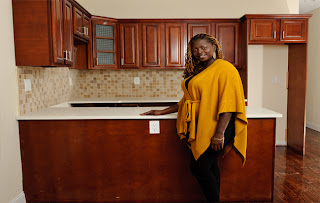 Fillmore’s Lisa James inside a new two-family home on Tapscott St. (Jeff Bachner)
If he could change one thing, developer Joseph Norton would have made River Rock bigger. His company, GuyTech Management Services, gets plenty of calls from people looking for inexpensive apartments, so he knows better than most how much the neighborhood needs affordable housing. River Rock has no vacancies. Norton, who runs GuyTech with his brothers, sisters and children, from an office in the neighborhood, gets a sense of satisfaction every time he looks at the building.

“We didn’t want River Rock to look like, quote unquote, public housing,” Norton says. It doesn’t. River Rock’s brick-and-stucco facade is not marred by air conditioners sticking out of windows. The apartments have combination heating and cooling units as well as pale bamboo floors, walk-in closets and open kitchens with oak cabinets.

These affordable developments do more than help the people who live in them. They help the community.
“It’s enhanced the economic base of the neighborhood,” Hammer says.

In 1979, when he started at the HPD as a planner for the Brownsville and Ocean Hill areas, the neighborhood was considered a disaster area. Many property owners, behind on their tax payments, had abandoned buildings. Some had tenants, some were vacant, many were decrepit. The city acquired the homes through tax foreclosures.

The neighborhood today bears little resemblance to the old Brownsville. Hammer believes the newcomers have helped make it a better place to live.
“You have new families, people interested in not only living in the area but wanting to see stability,” Hammer says.

From Brownsville, residents can get to lower Manhattan by subway in about 35 minutes. Brownsville borders East New York to the east, Canarsie to the south, Crown Heights to the west, and Bedford-Stuyvesant to the north. 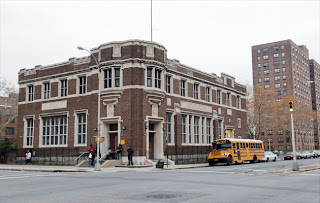 Stone Ave. library, built in 1914 as the world’s first public library devoted to children. (Joe Marino)
When Khalid Henriques was growing up in Ocean Hill in the 1980s, getting robbed and threatened at knife point on the streets was common. Subway stations were so dangerous he avoided them. Today, train stations are safer and in better condition. Street lighting has improved. New apartment buildings have replaced garbage-strewn lots.

Brownsville “is still rough, but it’s definitely improved,” says Henriques, 31. “It’s better than 20 years ago when it was wild and crazy.”

Compared with 1993, the area has seen a 66% decrease in the major crime categories, according to Police Department statistics for the 73rd Precinct.

For decades, African-Americans and Latinos have called the neighborhood home. Lately, Henriques has noticed immigrants from Bangladesh, China and Nigeria moving into the area.

The neighborhood also attracts many investors. Local real estate agents said one- and two-family homes fetch from $200,000 to $350,000, while three-family homes sell for $400,000. Many neighborhood homes are being marketed as short sales, where the seller sells a home for less than what’s owed on the mortgage and the bank takes a loss.

Real estate agent Lisa James, who grew up in Brownsville, sees first-time homebuyers priced out of Bedford-Stuyvesant checking out the neighborhood. Under contract, a new two-family house James is marketing on Tapscott St. priced at $459,000, offers sunny rooms with hardwood floors, backyard and finished basement.

“People walk into this house and say, Wow, a master bathroom, lovely floors, a deck, an island in the kitchen!” says James, an agent with Fillmore Real Estate.

Steps away, Pitkin Ave. is a bustling commercial strip offering discount clothing stores, barber shops, dry cleaners, beauty supply and optical shops, as well as national chains Lane Bryant, GameStop and Ashley Stewart. Standing tall among the low-rise stores, the old Loews Pitkin theater is a stunning reminder of Brownsville’s past. Built in the early 20th century, the long-vacant theater is going to get a new life as a charter school with space for shops.

Other commercial corridors are struggling. The neighborhood retail scene leaves room for improvement, says Viola D. Greene-Walker, district manager for Brooklyn Community Board 16.
“We have more than our share of 99 cent stores,” she says. “We need a better mix of stores. Residents who have cars shop outside the neighborhood.”

Neighborhood streets, though, are peaceful on a Monday afternoon. Residents sweep leaves from their sidewalks on Pleasant Place off Atlantic Ave. Signs along the residential blocks remind people to dump their trash in garbage cans and clean up after their dogs.

Anyone who knows the area’s history can appreciate the relative tranquility.

“I came to Brownsville in 1971, so I’ve seen quite a transition,” says Greene-Walker, who moved out in the mid-1980s but still works there. “We’re elated by the renaissance in the community.”